I’m sure that by now you all know that Squeenix is finally doing that Final Fantasy 7 remake. I love Final Fantasy; it’s a top 10 favourite franchise. I can remember playing them on the NES and the Super NES and then later in the 90s playing bootleg ROMs of 2 & 3. I would go to the ends of the earth for Final Fantasy. I saved and bought a Playstation just so I could play Final Fantasy. I really love these games.

Oddly hearing the news of a remake of FF 7 didn’t fill me with the super excited joy like it did so many people, including these guys. Although watching them react did make me happy.

I think maybe the movie industry has burned me on remakes of anything. So many bad remakes just makes me wary of any type of remade thing. I mean, I am happy for it and I will buy it of course, but I just wasn’t brimming with excitement. I’m sure it will be awesome and I’ll love it, but right now I’m a bit underwhelmed. SO what do you think?

Coming Back to Raid Tombs and Kick Ass (Tomb Raider)

Like so many franchises, Tomb Raider has gotten a reboot. I went into this high hopes for the story since it was written by Rhianna Pratchett. While I will never forgive her for Mirror’s Edge, she did write the Overlord games which were wonderful fun.

I was not disappointed.

Rhianna gave us a believable beginning to an iconic gaming woman. A story that builds on the genius that is a young Lara that isn’t so self assured. From the beginning we are presented with someone who is not only smart but also insecure. She knows she’s right, but she doesn’t have the years of experience behind her to be the confident Lara we’re all used to seeing. I like this a lot. It shows a humble, if smart, beginnings of the confident woman. As we travel through to very well crafted story, she becomes more sure of herself. By the half-way point we’re seeing that familiar Lara and by the end you know she’s gotten a taste for something that she’ll never turn away from again. 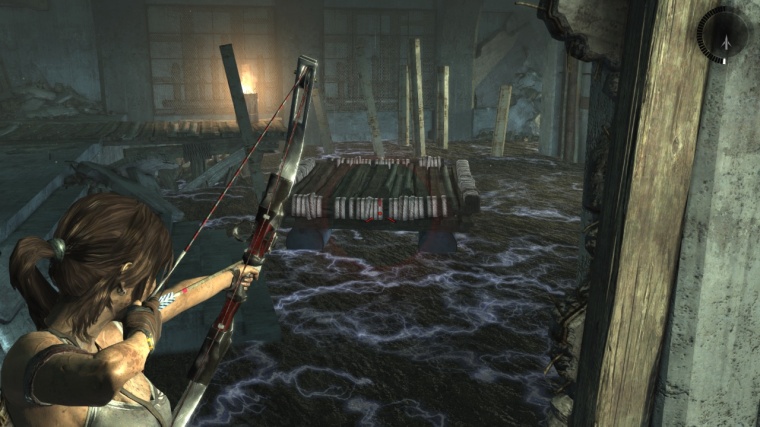 Gameplay is what you would expect. Plenty of running and shooting and climbing ever surface in sight. The controls are all very easy to use straight out of the box. There are some quicktime events, but they’re unobtrusive and not a pain in the ass to do. I’m notoriously terrible at aiming shots in games like this but he aim assist saved me. So even if you’re rubbish at aiming, like me, don’t worry. I used the fucking hell out of the bow & arrow too. That thing was so awesome to use as an alternative to guns. One of my only complaints is that here really just wasn’t the amount of puzzles that I’ve come to expect from a Tomb Raider game. There are puzzles that are integral to the game, but it just felt a little lacking for me. You could tell what your upcoming tools would be simply by having a look around at what you couldn’t climb. Sure it was a little predictable, but I can forgive it this one thing.

I really liked the music and sounds of the game. They conveyed mood and drama very well. I didn’t find annoying, repetitive or boring. There’s not a lot I can say about the music than that. 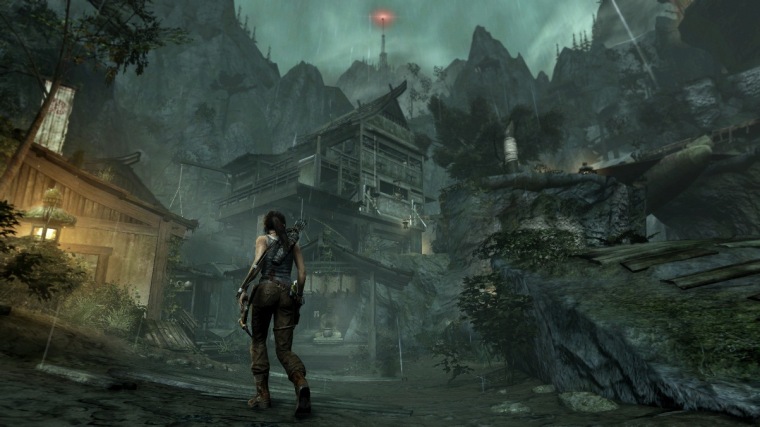 Visually the game is stunning. You have this deserted island full of mystery and wonder surrounded by this impossible storm. The world around you is rendered in a very believable way and really has been thought out and deigned nicely. It felt like a lost island filled with a mythical ancient story just waiting to be discovered. Also, video games have had hair issues for a long long time, but this has made some great improvements. On the PC version you get to use the TressFX engine which is a special engine for just rendering the hair. Just wish it had been in the console versions too.

Ya know  really did like he prequel a lot. My only gripes are the lack of more complex puzzles and it really felt kinda short. Even with doing a lot of exploring and completing about 90% of the game extras outside the main storyline; I only got about 16 hour of play from it. I know that’s pretty much normal these days, it still feels like it’s too short. This isn’t uncommon for me though, I don’t want the goodness to end.

Go get the game. It’s definitely worth it

Okay so I missed posting this earlier in the week. This is a gameplay trailer of the new Tomb Raider game that is actually more of a prequel and an origin story. Looks fucking awesome. My only annoyance is the the first DLC will be first available to the Xbox. Making DLC first available on the Xbox isn’t going to really influence those who own both consoles or make PS3 owners buy an Xbox.

I won’t be buying it for my Xbox.