I’ve been waiting for E3 with much eagerness. I just knew that we’d see more info coming for the next PSP and well we have.

First we got to find out that instead of being called the NGP the official name is the PSVita. And with that we got an official show off from Sony just how shiny it’s going to be. Have a look.

I think I’ve watched that video about 5 times now. It affirms all the features we were promised previously, including the dual touch screen on the front and back. Between that and the giro built into the Vita I think we could see some seriously awesome gaming in the future.

Look just what is being done with Little Big Planet on the Vita. If this is just the beginning of games utilising the new features of the Vita, think what the future may hold.

Pricing hasn’t been set in stone yet, but it looks like the US will pay around $250 and £250 for the UK for the WiFi model and a bit more for the 3G model. I’m sure we’ll hear more as we get closer to the holiday release schedule which is when they said they’d be letting the Vita loose on the world.

I tell you this, I will be pre-ordering.

Okay before I get started on this, let’s have a look at a handy little video from the conference that shows us how pretty it is and some if its stats.

Shiny huh? I’ll give you a moment to drool. Done? Alright.

The 2 things on my wish list for the PSP2 was a touch screen and an analogue stick that didn’t break my thumb. Looks like they’ve doubled my request. There are 2 analogue sticks and they look considerably better than the ones on the PSP currently. SO no more breaking my thumb.

Now the touch screen is of great interest to me. On the DS (I do own one) the addition of the touch screen created another layer for games. It added a new way to interact with the games on a new level that made developers have to think. Zelda or Cooking Mama without a touch screen wouldn’t have been the same. Can you imagine a good RPG with a notes screen so you didn’t have to memorise important facts and clues? To take things to another level the PSP2 will have a touch screen on the front and back. Being able to manipulate the screen without your fingers in the way? Hell yes! I can’t wait to see what developers do with this dual touch screen.

So what else? It’ll have a 5 inch OLED screen. That will be nice of course and it should help cut the weight. For connectivity it’ll be 3G, Wifi and GPS enabled. That should be useful since it’ll have an Android store built into it, or access to it at least. So more than just gaming possibilities. Still I don’t need it to do things my mobile phone already does. To round things off it’ll have 6 Axis Motion Sensing system and a shit hot CPU.

There is no UMD though. I’m not sure how I feel about this.  As mentioned previously I have an irrational like of the UMD option. To move forward though I’ll just have to let it go and embrace going digital. 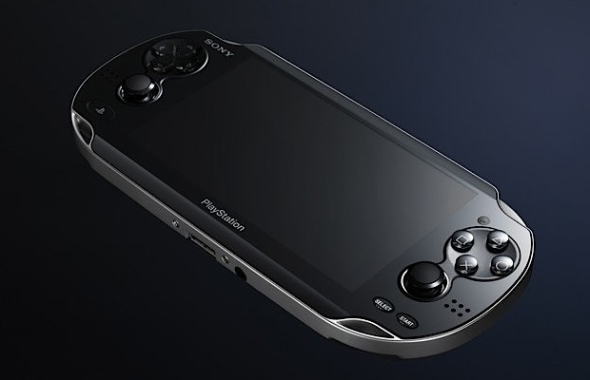 Still a PSN Addict But No PSPGo

I know I’ve mentioned before that I’m a bit of a PSN addict. Every Thursday, like clockwork, I check the new store items. I realised recently that I can’t actually remember the last time I bought a physical game for my PSP. Why would I when I can get a pretty good selection right off the PSN and I only have to wait as long as it takes to download.

So why don’t I have a PSP Go? Well I can answer that easily, but not rationally. I like my UMD disks. I like to have the option despite the fact that I haven’t used that option in quite some time. It’s a completely irrational reason to keep a piece of hardware that has lower specs and capabilities despite not using the one feature I’m keeping it for. I do have one rational and very good reason for not having one though; the price tag. As much as I love my handhelds, £250 is still a bit steep for me. Considering you can buy a whole console for way less than that. 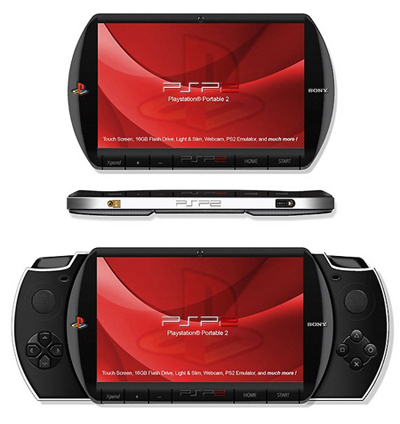 Of course now I might as well wait for the PSP2. If I’m lucky the rumours will be true and Sony will be making an announcement on the 27th. That’s 3 days before my birthday. Come on Sony, make me a happy birthday girl. Announce something awesome that isn’t anything like the failed PSPGo. Okay truth be told; I’ll settle for a touch screen and a analogue stick that doesn’t break my thumb.