I was watching the Borderlands Pre-Sequel E3 trailer again for like the millionth time and I realised I had said absolutely nothing about it here. So, new Borderlands coming in October. If you think I don’t have it pre-ordered then clearly you don’t know me. Not even caring that it’s on the PS3, it was ordered the second I found out about it. At first I kind of wondered why they had released it on previous gen, but then I got to thinking about it and figured it made sense. Your games linked together so it makes sense that the third likely would as well. I’m not sure it matters really where they release it, but just that they do.  I lost count of the number of times I played through Borderlands 2 with the hubby. I know that game inside out.

So being a highly anticipated game, I’m practically counting the days until it’s released. For Borderlands I would return to my PS1 if it meant I could play it some more.

Watch the videos; the first one has a Moon Dance!

On The Border of Borderlands 2

I originally bought Borderlands 2 for The Hubby as he was a great fan of the first game. This time though he managed to rope me into playing it through with him using the co-op.  So we played through it together even though he’d already finished it and maxed his character and all that jazz. I very fast found myself becoming addicted to this game. We easily clocked up a good 20 hours of play that first weekend.

Many games have multiplayer, but usually it’s over the internet only. Not a lot of games have same machine on screen co-op and I’m always so happy to find ones that do so that me and The Hubby can play together. Although I have no idea how people with normal sized TVs do this. Ours is 50 inch and it’s barely big enough. TV size may be a post for another time. So, the fact that there was a co-op on same screen/system in the game made me happy. It was there in the first game too, but for some reason the first game just didn’t grab me like this one did.

So we’ve finished it now and we’re currently on our second run through on the harder setting and it’s proving to be quite the challenge. On normal mode with 2 players, the game already scales things to be harder since there is more than one player. This is actually rather impressive. I watched The Hubby play it on solo and compared it with what we’d seen in normal and harder modes; there’s definitely a difference. The first thing is the amount of bad guys for you to kill, but also their toughness is subtly more hard to kill if you’ve got 2 players compared to one. In the Vault Hunter hard mode there are very obvious differences. The Badasses really are badasses and make you earn the XP you’re getting from them. The un-armoured Maniacs who run at you are suddenly Armoured Maniacs and a bit more of a challenge.

I don’t know if I can explain the intelligence that the developers have coded into the co-op and the difficulty differences. They didn’t just decide to throw more bad guys at you just because there is 2+ people playing or to just crank up the hardness of those you gotta kill. No, they gave it some thought and it really makes the game that much more fun to play.

This intelligent design carries through all that they’ve done with the game. The button mapping (at least on the PS3) is smart and easy to use and remember. The inventory/mission/maps/etc screens are simple and easy to use. Something that made me extra happy is that they made it easy to compare weapons.  Nothing annoys me more than not being able to easily see if the big gun I jsut picked up is better than what I’m using.  With an easy interface, everything falls into place wonderfully for Borderlands 2.

The above would be nothing though without all the other bits and bobs that make a game great, like the sound and video.

Gearbox have taken that extra step with the graphics that leads you so much further from the photo realistic-ness of so many games out there. Yes it’s cell shaded and beautiful, but it’s also very stylised. This stylised approach really helps with world immersion and looks rather fabulous to boot. I really cannot fault the visual style and approach.

Now I really can’t say how much I like the music choice for the game. The title song is by The Heavy and is a song titled Short Change Hero. This song sets the scene well as the unlikely hero for the game and has this funk blues thing going on. The composers did a good job of integrating little riffs from the title song throughout the gameplay. You’ll end up humming this song hours after you’ve stopped playing. Of course the downside of this is that while you’re in the middle of your work day humming the song, you’ll end up really craving the game. I speak of this from experience as I’ve bought the album with the title song on it and now it keeps getting stuck in my brain.

So for the story we’re looking at the repercussions of the vault being opened in the first game. Your primary nemesis is Handsome Jack, but like any bad guy he’s a bit of a nasty character. Generally I’d say the story is a “World Domination” scheme, but getting there is so much fun and very not run of the mill. You can expect Killing, great characters and plenty of car driving action. I don’t want to give any of the story away. Even though I didn’t play the first Borderlands game I had no problem getting stuck into the story of this instalment.

Seriously, if at this point you think I have anything but a massive addiction and obsession with Borderlands 2, then you’ve not been paying attention. The game is fun, has a great sense of humour. It looks fabulous with a very well done cell-shaded art style. The gameplay is easy even if, like me, you’re a bit shit at FPS games on consoles. The game is very well put together and Gearbox should be very proud of what they’ve done here.

We’ve been waiting for 12 years for Duke to come back to us. GearBox took up the challenge of finishing the most notoriously unfinished game. They had a huge task ahead of them and more history than any one game needs. 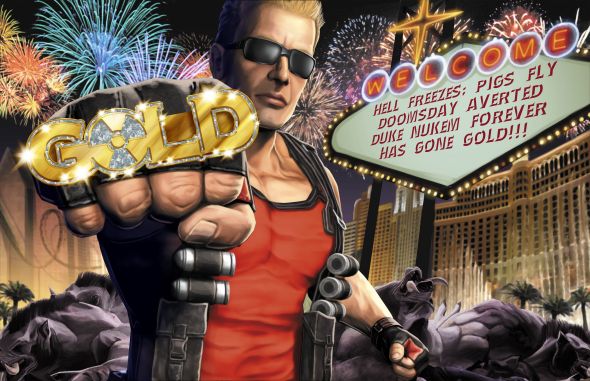 So let’s start with the story. Duke is famous and living the life. Aliens come back to Earth and begin to again take all the women. Duke kicks alien ass.

The humour has been a real focus for a lot reviewers. I will say this about it; hello it’s Duke Nukem! Were people actually expecting politically correct, non-corny, non-sexist jokes and dialogue? It was written in the 90s and I for one am damn happy that Gearbox didn’t change a thing about Duke’s attitude. Don’t expect someone else, expect Duke Nukem. Cause that’s who you’re going to get and he hasn’t changed. Thank fuck for that.

So let’s carry on now I’ve gotten that out of my system.

Visually Duke is middle of the road. It’s not terrible, but it most certainly isn’t as pretty as say  Vanquish or Castlevania. That isn’t to say that it doesn’t look good.  That slightly rough look somehow fits into Duke and the age of the game. It’s not award winning graphics, but they’re good and they are fitting. 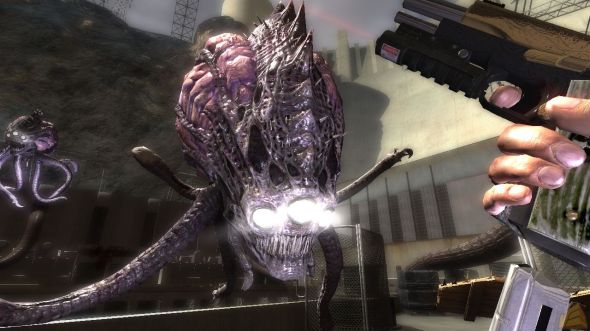 You should know that I don’t play FPS games on the consoles without some kind of targeting assistance. There was no targeting assistance in Duke. There’s a setting for it in the options, but it really doesn’t help; or at least it didn’t help me.  That aside, even for me the gameplay is straight forward and not too difficult. You point, you shoot. It’s not rocket science. One thing I will say, 2 gun max is crap. Seriously, Duke is a big guy, I’m sure he could carry more than a hand gun and a rifle and a few grenades.

Overall, I loved it. It is Duke being Duke. I would have been annoyed and upset if Gearbox had changed him into something that reflects the games we have now. Duke is a well loved relic from the past no matter how crude and sexist and basic him and his games are. Duke was a product of the time and one I will always love no matter what. 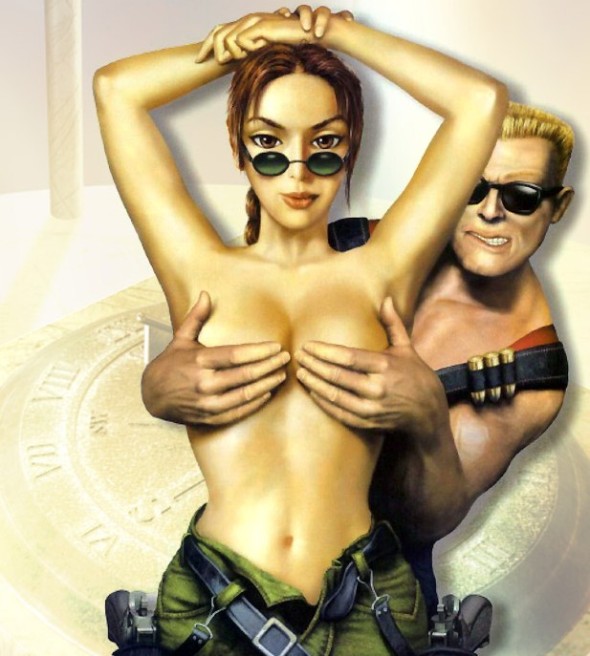