I Don’t Want To Be The Controller

It’s been 6 months. As of last month over 10 million units sold. So there are at least 10 million people out there “being the controller”. That’s 10 million people doing spastic little jigs around their livingrooms. I mean the Microsoft XBox Kinect. 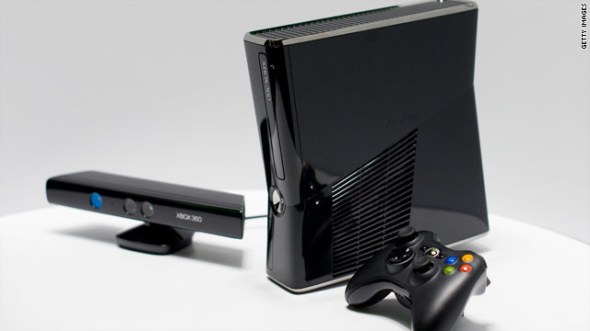 By all accounts the Kinect has been a huge success. The commercials are everywhere and judging by the sales the Kinect is too. And only 6 months after release people seem to still be interested in it. Games are still coming out for it.

What if I don’t want to be the controller though? What if I want to sit down on the couch and run across some roof tops with nothing more than the movement of my thumbs? Do I really need to insert myself into the game with more than my imagination?

Now don’t get me wrong; I think the advance in technology is awesome. When the videos of “Natal” first showed up we were all in awe of it. The idea of interacting directly with the games we’re playing sounded like a great concept. The games that have come out of the Kinect system really just feels like an extension of what Nintendo started with the Wii. Exercise and party games seem to be the primary focus.

Now I do own a Wii. I got it on release day. I love it, but I was rather happy when I realised that I could sit down and play the games with only the minimal amount of exertion on my part. The idea of moving around to interact with a game was a nice novelty but it wore thin fast. When it became clear that more mature games just weren’t on the cards I lost a lot of my interest.

Now I know that Microsoft is expanding outside of the exercise and party game market, but on the majority this seems to be the games they’re pushing. Sure I could always play these games with my husband, but neither of us really has any interest in them. What happened to the demo game we were shown in that Project Natal video? What happened to talking to the character in the game? Now that is something I’d like to do.

Can you imagine what could be done if the conversation ability we were shown was mixed with a standard controller? Some of us have no interest in doing that little spastic jig in our livingroom, but would really like to use this new technology. The thought of playing something like Prince of Persia or Assassin’s Creed without a controller in my hands makes me shudder. What I would like is to talk to other characters in the game. Can you imagine just how much more awesome Dragon Age could be if you could actually speak to the other characters?

Now this dislike of the idea of “being the controller” isn’t derived of anything so mundane as being fat and out of shape, cause I’m not. Really I just don’t want to interact with my games in that way. I have no urge to do a little jig in my livingroom.

And just for the record, I’m not terribly enamoured with the Playstation Move for much of the same reasons.

This entry was posted on April 23, 2011 by Donna. It was filed under gaming, Technnology, Xbox 360 and was tagged with kinect, microsoft, Technology, Xbox 360.